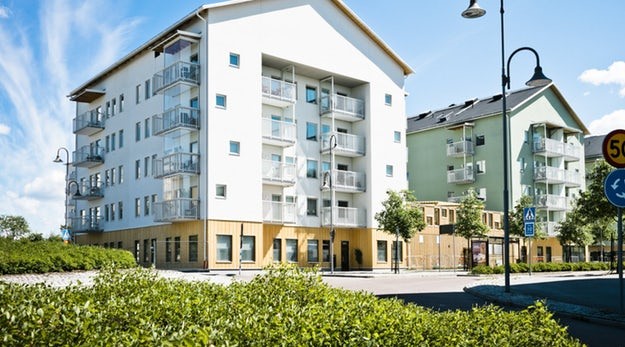 adminOctober 17, 2019Comments Off on How Sweden Is Pioneering Automated, Prefab Timber Construction01.1k

Affordable housing has become a sort of global crisis. Home prices and rents are rising beyond the reach of millions, and there’s no indication that they’re going to come down anytime soon. The recent Grenfell Tower disaster highlighted the catastrophic condition that public housing around the world is falling into. The governments of California and New York City are experimenting with ways to bring down prices, but while their initiatives may help in the short term, something more radical has to happen if the pattern is going to change in the long term.

Sweden, that magical land of meatballs and ABBA, may have the key. The country is the world leader in prefabricated building, a process that can save enormous amounts of money in construction costs. As many as 84 percent of Swedish detached homes have prefabricated elements, compared with about 15 percent in Japan and 5 percent in the U.S., U.K. and Australia. Prefab and modular home-builders in Sweden have pioneered off-site construction and have figured out how to make it successful on a scale that few other places have matched.

Lindbäcks Bygg is the Scandinavian nation’s premier modular home manufacturer. Its assembly lines have revolutionized the notoriously slow-moving construction industry in its home country, with enormous potential to translate that success abroad. After a new factory goes online this year, the 75-year-old company will be able to produce more than 25,000 square feet of turnkey housing per week.

Around 20 years ago, Sweden went through a recession that nearly drove the company out of business. At the same time, Sweden joined the European Union, which meant that the country loosened its regulations on timber construction. Sensing an opening, Lindbäcks pivoted toward fabricating timber structural components. The gambit worked, and the company grew to lead the nation’s prefab wood movement.

The company has been able to stay at the top of the pack by employing cutting-edge automation. Swedish construction technology firm Randek supplies Lindbäcks with assembly line robotics that turn building construction into something more closely resembling car manufacturing. Inspired by Toyota’s production method that minimizes waste and relies on its workers to suggest ways to maximize efficiency, Lindbäcks has been able to streamline its production method and out-compete its rivals.

The modular construction process has meant that Lindbäcks’ buildings are structured differently than conventional timber developments. Modules have to be sturdy enough to ship and minimize redundancy in floors and ceilings. The need for strong, solid exterior walls in the modules means that floors are hung from the walls, as opposed to having walls stand on top of every floor.

According to the company, though, its success has to do with much more than just being in the right place at the right time and willing to take a chance on new technology. The company has invested in retraining its workers to use new tools and has taken advantage of machine strength to make the workplace more equitable. More women have moved into factory roles traditionally dominated by men as new equipment has transformed the way people work. The result of the company’s investment in its people, they say, has been a happier, more productive and ultimately more profitable workplace.