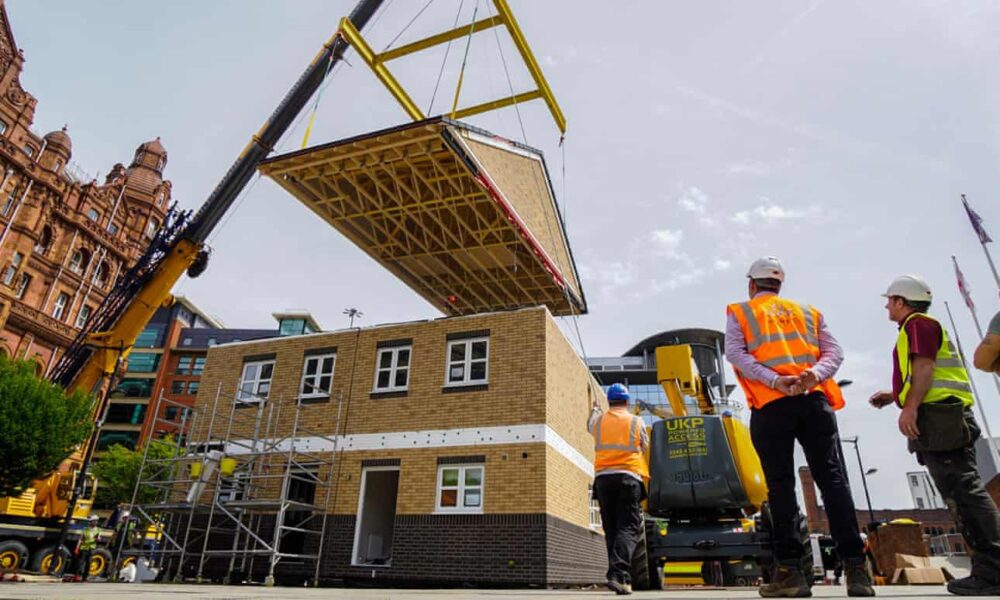 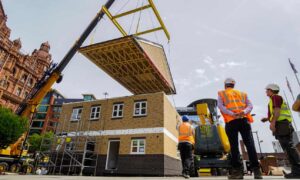 The UK is entering a new era of prefab homes with the opening of a Yorkshire factory that will build fully-fitted three-bedroom homes with a price tag as low as £65,000.

Eight houses fitted with kitchens and bathrooms will roll off the production line every day in Knaresborough, to be loaded on to lorries for delivery across the country. Experts have hailed it a revolution in British housebuilding that would slash the 40 weeks it could take to build a traditional home to just 10 days.

The factory cost of a two or three-bedroom home would be from £65,000 to £79,000, although that excludes the cost of land, on-site assembly and connecting the home to services, which could double or triple the final price.

The plant, operated by the UK company Ilke Homes, said it would produce 2,000 houses a year, rising eventually to 5,000, which would catapult it into the top echelon of volume housebuilders in the country.

Meanwhile, the insurance company Legal & General has built a vast factory outside Leeds which it said would build 3,500 homes a year, with the first two and three-bedroom homes being delivered in the past few weeks. It said it intended to build similar factories in locations across the UK, which would turn L&G into a bigger builder than Persimmon or Barratt Developments.

The term prefab has been shunned by the new housebuilders. The new buzz phrase, with its connotation of low-quality, postwar emergency housing,has instead been described as “modular construction”. Developers have been promising homes built to higher standards than those using traditional methods. They also claim energy bills would be half that of a conventional home due to better insulation.

The housing secretary, James Brokenshire, speaking at the opening of the Knaresborough site on Thursday, said the factory would help the government reach an annual target of 300,000 new homes in England. Last year nearly 220,000 homes were built in England. “This is about challenging the ways we have done things in the past. We want to see 300,000 homes being delivered by the mid-2020s, so we need to scale up and build more, better and faster. And that is precisely what this facility is about,” he said.

But people interested in the new homes should not expect an Amazon-style delivery service. The first buyers of the factory-built homes were housing associations and councils, which could order in bulk. And they are not ultra-modern homes; both Ilke and L&G’s first run of production-line homes follow traditional designs.

“Our homes come fully fitted with kitchen, bathroom, plumbing and electrics all included. They are ready to inhabit almost immediately. But because of current customer tastes, we add a brick facade to the front on site. That can take a few weeks. Our customers want traditional homes with normal slated roofs,” said Rosie Toogood, of L&G Modular.